Cruise to Alaska your way!

And don't forget to read the What to Pack information!


My former husband and I thought so and took a cruise aboard the NCL Star.  It was absolutely fantastic.  The dining choices were plentiful and we tried every option available while we were on board.  Our room had a porthole, but a large one that gave off plenty of light.  We weren't in our room very often so didn't need a balcony. The entertainment on board was great.  We enjoyed the shows in the evening but spend most of our days out & about.

Their cruises are all 7 days and leave from either Seattle, WA, Vancouver, BC, Canada, or Seward, AK and the ships spend at least 7 hours in Ketchikan.

Norwegian Cruise line is perfect for couples and families, young and old.  They welcome those with disabilities as well as gay and lesbian travelers.

Prices for a 7 day Norwegian Cruise Alaska begin around $500/person and go up from there.

However, they are known for their discounts and have previously offered $99 kids' fares & complimentary onboard credit.


The NCL Joy also has two other itineraries to choose from:


And last but certainly not least, the new Norwegian Jewel Cruise Ship Itineraries: 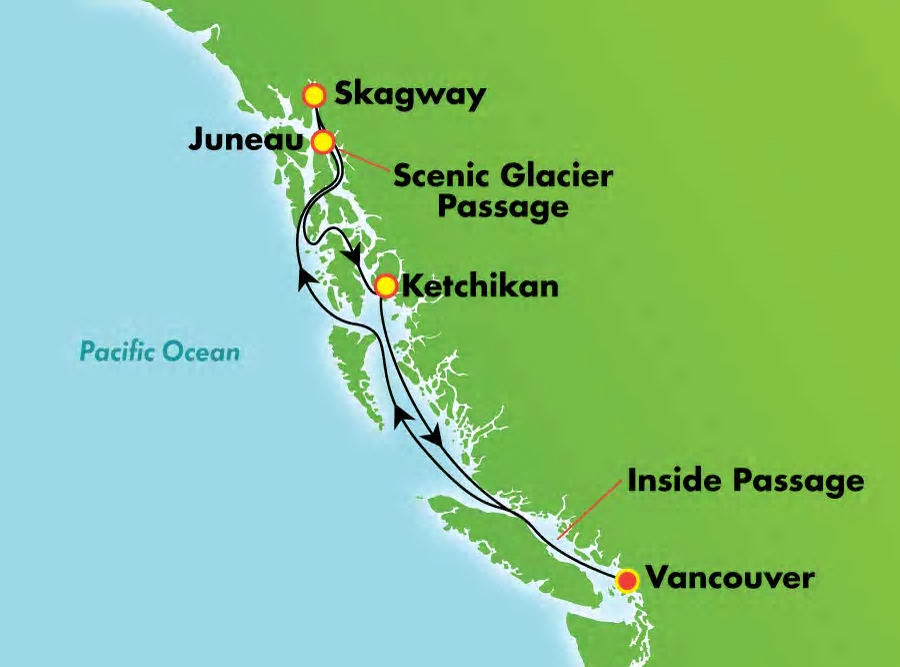 
You can book your Norwegian Cruise Alaska online, can speak directly to a cruise travel professional by calling 1-866-234-7350, or can book directly with your local Travel Agent.

Visitors to the Norwegian Cruise Alaska page may also be interested in the following pages:

* As an Amazon Affiliate I earn from qualifying purchases.